Posted at h
in Vietnam
by The Travel Ninjas

The AO Show is one of the coolest things to do in Saigon. It’s a rich experience with layers of enjoyment. First, the venue is the historic Saigon Opera House. Second, it’s a thrilling, acrobatic show that’s fun to watch. And third, the show is culturally enlightening.

You’ll learn about Vietnamese culture on a deep, symbolic level while being entertained. The AO Show strikes a rare balance between being fun and being meaningful.

The AO Show Has a Historic Venue 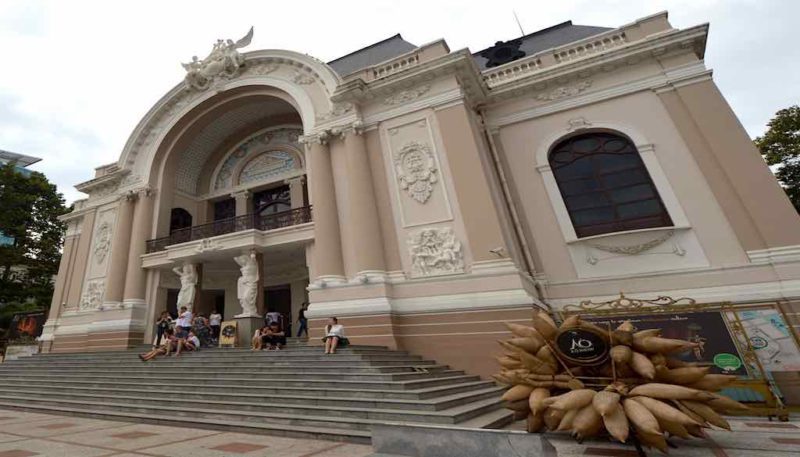 The venue of the AO Show is itself an important and popular landmark. Built in 1898 by the French, the Saigon Opera House has served many purposes during its turbulent history. It’s even housed Vietnam’s National Assembly for a time.

Today, the Saigon Opera House is a sightseeing hotspot. Almost every Saigon visitor comes to gaze at the Opera House, but few actually watch a show here. While it’s a lovely building to see, it was made for performance.

Sightseeing is wonderful, but the AO Show is an opportunity to enjoy the Opera House in the way it was intended.

The AO Show is Amazing and Amusing

The AO Show is fun. The scenes are action-packed and visually stunning. They combine acrobatics, dance, and an ingenious choreography with bamboo sets. It’s as impressive as it is gorgeous. The AO Show also has a great sense of humor. 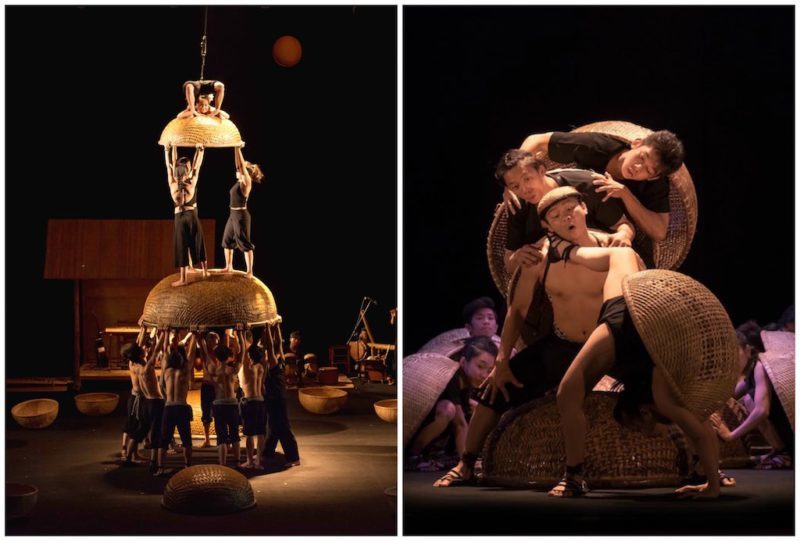 The AO Show is Meaningful 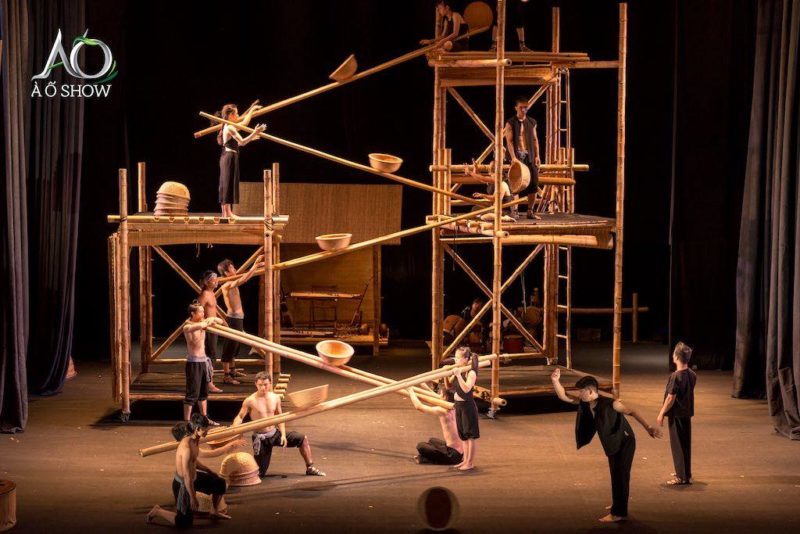 The show dramatizes the contrast between traditional Vietnam and modern Vietnam, as well as rural Vietnam and urban Vietnam. If you don’t know anything about Vietnam,  these are some of the main, contemporary issues in the country. 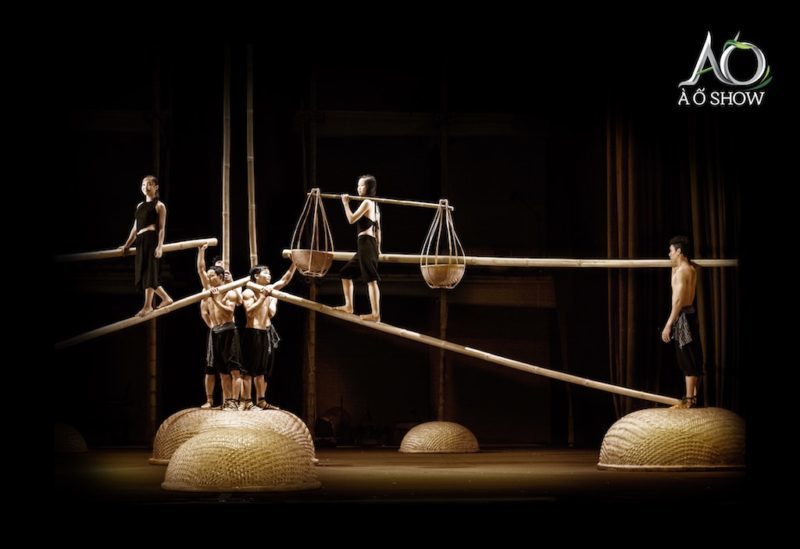 For example, some scenes highlight the communal nature of rural life. Even in “water” scenes, everyone stays connected. All their efforts are highly coordinated and synchronized. 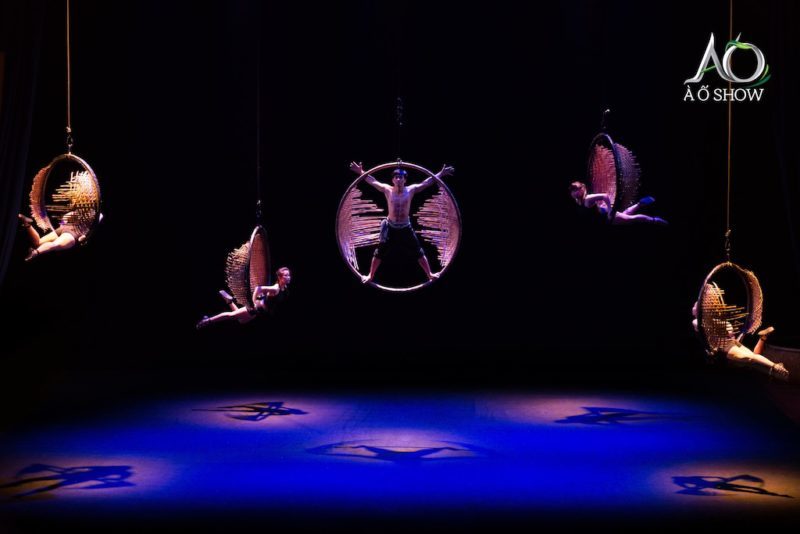 The cultural achievement of the AO Show is perhaps even more amazing because it never ceases to be entertaining. The AO Show is for everyone, not just die-hard theater fans.

Watching this show is perfect for travelers. It provides a deeper understanding of Vietnam and a framework for the contradictions you’ll find during your travels. And don’t forget how fun it is at the same time!

So if you’re in Saigon and wondering how to fill an evening after your tours are over, consider the AO Show. It’s fun, amazing, and meaningful. 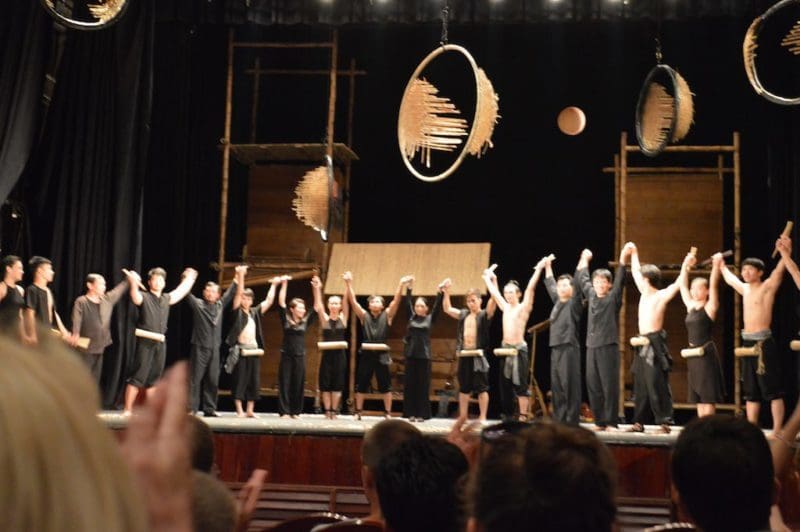 No photography is permitted during the show. The performance photos in this post were courtesy of Lune Productions, owners of the AO Show.

Tickets begin at 630,000VND ($27USD). Relatively expensive for Saigon, but a bargain for such world-class entertainment. Buying tickets in person, at the Opera House is the cheaper option. (Also check with the Opera House for special deals. They often offer package deals that include dinner at a local restaurant.)

Tickets are also available online through typical sources, like Viator. They’re a bit more expensive, but it includes roundtrip hotel transfer and you can order tickets before you even arrive in the country.

Check Out the Current Roundtrip Airfare and Hotel Rates Below: