Transcriber: Everything I need to know about politics, I learned from cheese. For the last decade of my business career, I ran a 250-million-dollar food company in Wisconsin. And yes, we made cheese. If customers liked my cheese, I did well. If they didn’t, they bought cheese from someone else and I did less well.

The more frustrated I got, the more I wondered why competition in politics didn’t deliver the same kind of win-win results. How did the Democrats and the Republicans keep doing so well when their customers, that’s us, are so unhappy? Why is the politics industry win-lose? They win.

The answer? It turns out that one thing almost all Americans agree on, “Washington is broken,” is also one thing we’re all wrong about. Washington isn’t broken, it’s doing exactly what it’s designed to do. It’s just not designed to serve us, the citizens, the public interest. Most of the rules in politics are designed and continuously fine-tuned by and for the benefit of private gain-seeking organizations.

That’s the two parties, a textbook duopoly, and the surrounding companies in the business of politics. And they’re all doing great. Even as the American public has never been more dissatisfied. Said another way, politics isn’t broken, it’s fixed. This is a guiding principle of politics industry theory, the nonpartisan body of work that I originated and have championed over the last seven years.

Now, before I go further, I should tell you I’m not on the red team or the blue team. I call myself politically homeless, which may resonate with some of you. And my work doesn’t focus blame on individual politicians on either side of the duopoly.

The root cause of our political dysfunction, the cause that endures across all election cycles and all administrations is the system, the perverted rules of the game, the rules of the game in politics even make prisoners of our senators and representatives. Their only option is lockstep allegiance to their side of the divide.

So what do we do about it? How do we free our Congress and make politics win-win? We change the rules. But which ones? It’s not what we think.

It’s not gerrymandering, not the Electoral College, not the absence of term limits and not even money in politics, really. By looking at the system through a competition lens, politics industry theory identifies the two rules that are both our greatest obstacles and our greatest opportunities. They’ve been hiding in plain sight. Let’s start with bad rule number one: party primaries. You all know primaries, those first round elections that we mostly ignore, the ones that identify the single Republican and the single Democrat who can appear on the November general election ballot.

Party primaries have become low turnout elections dominated by highly ideological voters and special interests. Candidates know that the only way to make it to the general election ballot in November is to win the favor of these more extreme partisans in the primary. So candidates from both parties have little choice but to move towards those extremes. Why does this matter? Because it dramatically affects governing, and not in a good way.

Imagine you’re a member of Congress.

You’re deciding how to vote on a bipartisan bill that addresses a critical national challenge. You might ask yourself, is this a good idea? Is this what the majority of my constituents want? But that’s not how it works in the politics industry.

Instead, the question that matters most to you is, will I win my next party primary if I vote for this bill? The answer is almost always no. Consensus solutions don’t win party primaries. Let’s illustrate this key design flaw with a Venn diagram. In the current system, there’s virtually no intersection, no connection between Congress acting in the public interest and the likelihood of their getting reelected.

If America’s elected representatives do their jobs the way we need them to, they’re likely to lose those jobs. That is crazy. No wonder Congress doesn’t get anything done. OK, now let’s talk about bad rule number two: plurality voting, which I’ll explain in just a moment.

In any other industry as big and as thriving as politics with this much customer dissatisfaction and only two companies, some entrepreneur would see a phenomenal business opportunity and create a new competitor.

But that doesn’t happen in politics. Our current parties don’t feel competitive pressure to serve the public interest, in large part because of one rule that keeps out almost all new competition: plurality voting. It sounds fancy, but it simply means the candidate with the most votes wins. That also seems logical, but it’s a really bad idea. Why?

Because in the United States you can win almost any election, even if a majority didn’t vote for you. For example, in this three-way race, the winner only has 34 percent of the votes. Sixty-six percent of the voters, most people, wanted someone else. With plurality voting, we may not feel free to vote for the candidate we really want because we’re afraid that we’ll just waste our vote, or worse, will spoil the election. So if you think back to the 2016 presidential race, voters on the right who liked Libertarian candidate Gary Johnson, were told by the Republicans, “Don’t vote for him!

” The spoiler problem that comes from plurality voting is the single biggest reason almost nobody new outside the duopoly ever runs or gets any traction because everyone knows they don’t stand a chance. Politics is the only industry where we’re regularly told that less competition is better. And if there’s never any new competition, the existing parties aren’t accountable to us for results because they don’t need us to like what they’re doing. 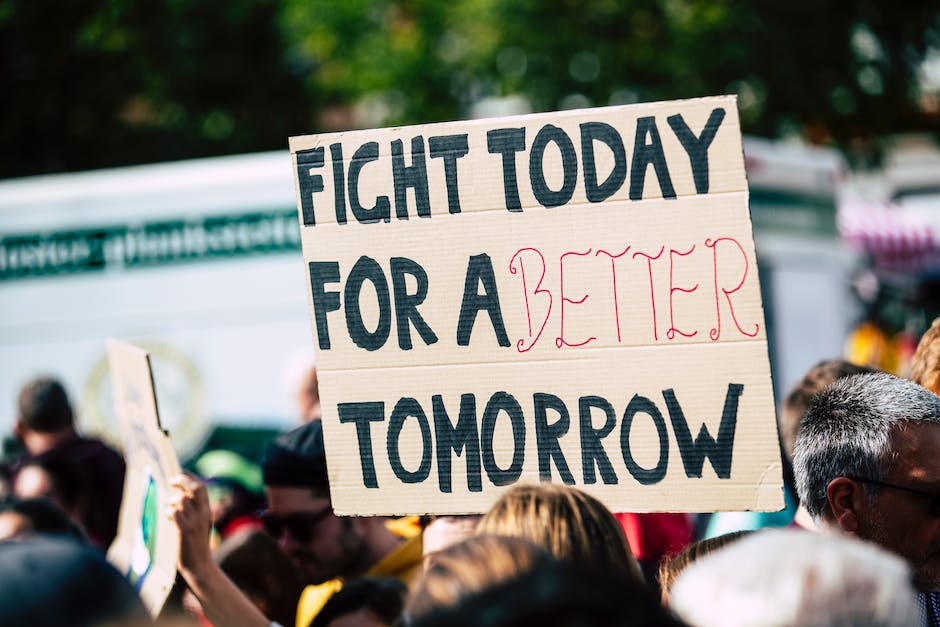 They only need us to choose one of them as the lesser of two evils or to just stay home. The founders foresaw our situation and they warned us.

As when John Adams said, “There is nothing which I dread so much as a division of the republic into two great parties, each arranged under its leader and concerting measures in opposition to each other.” Now, there’s nothing inherently wrong with parties or even having only two major parties. The problem is the current two are guaranteed to remain the only two, regardless of what they do or don’t get done on behalf of the country. Does this sound like the best we can do? Of course not.

So the founders gave us what they knew we’d need. They gave us this, our Constitution. There’s a reason it’s called the pocket Constitution: it’s short. Guess what’s not in here — instructions on how to run our elections. Crazy rules like party primaries and plurality voting, they’re made up.

But thanks to what is in here, Article I, they’re optional.

Article I gives every state the power to change the rules of election for Congress at any time. Personally, I think it now sounds like the perfect time. And here’s where we turn nonpartisan politics industry theory into action. The political innovation we need is what I call final-five voting.

With final-five voting, we make two simple changes to our elections for Congress. We get rid of what doesn’t work, party primaries and plurality voting, and replace it with what will work: open top-five primaries and instant runoffs in the general election. Let me explain these changes with an example of final-five voting in a hypothetical and kind of cool election. So here we have eight candidates from four different political parties: Alexander Hamilton, George Washington, Abigail Adams, all the way through to Aaron Burr, ambitious as ever.

Immediately you notice how diverse this field is.

It’s a primary people would want to vote in because it’s exciting. It has experience and vision, but it’s also young, scrappy and hungry. OK, maybe not so young. And because this is an open primary, all eight candidates are on the same ballot, regardless of party. When the results are in, the top five finishers move on to the November election, again, regardless of party.

In the general election, voters pick their favorite, just like always. But then, if they would like, they can also rank their second, third, fourth and last choices. You may have heard of this idea as ranked-choice voting. Here’s where things get interesting. If this election were a plurality vote like normal, Aaron Burr would win because he has the most first-place votes.

Thirty percent. But because this is final-five voting, the winner will be the candidate who’s most popular with the majority, not just with a narrow slice of voters. So we use instant runoffs. We drop the candidate who came in last and those who had marked that candidate as their first choice get their second choice counted instead. The process continues until a candidate emerges with a majority.

It’s just like a series of runoffs. But instead of having to keep coming back for another election, voters simply cast all their votes at once. And after those results are in, Alexander Hamilton wins with 68 percent of the vote. Final-five voting is the name for this combination of top-five primaries and instant runoff general elections. We must change both rules at the same time because it’s how they work in combination that transforms the incentives in politics.

The ultimate purpose of final-five voting is not necessarily to change who wins, it’s to change what the winners are incentivized to do.

Under this system, the message to Congress is “do your job or lose your job,” innovate, reach across the aisle whenever it’s helpful, and come up with real solutions to our problems and create new opportunities for progress or be guaranteed new and healthy competition in the next election. Final-five voting gives voters more choice, more voice and most importantly, better results. I like to call it free-market politics because it will deliver the best of what healthy competition delivers in any industry: innovation, results and accountability.

Now, before you think that I’m just making a naive overpromise of some crazy, unattainable utopia, I want to clarify that I’m not.

I agree with Winston Churchill when he said, “Democracy is the worst form of government out there, except when compared to all the others.” Democracy is messy and hard, and what we have now is messy, hard and bad results, really bad results. With final-five voting we’ll have messy, hard and good results to show for it. And perhaps the most amazing part of all of this, final-five voting is powerful and achievable. We now have proof.

In 2017, I published my early work on politics industry theory through Harvard Business School with my coauthor Michael Porter. The report made its way to Alaska where Scott Kendall read it, and then he took action. Scott used the work to design a ballot initiative, including these new rules. Just last month, November 2020, Alaska voters passed this initiative, and Alaska became the first state in the nation to choose healthy competition in elections for Congress. They won’t be the last.

It’s devastating to really face how little we’ve come to expect from our politics.

We think this is normal. We complain about it, but we’ve almost given up believing that it could ever be different. But this is no way to run the shining city on a hill that is America. We can choose different.

NewsFluxe is your news, entertainment, music fashion website. We provide you with the latest breaking news and videos straight from the entertainment industry.